Vera Lutter was born in Germany and lives and works in New York. 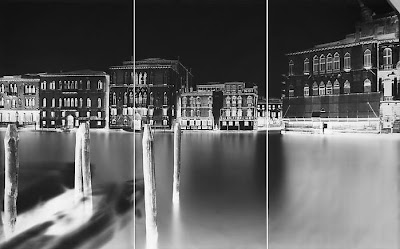 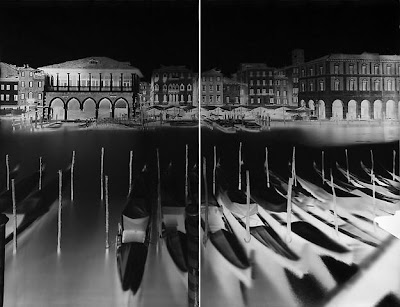 During the anticipated high-water season of 2005, Lutter captured mirage-like emanations of San Marco and Piazza Leoni in which the spectral landmarks appear to hover above their own reflected image in the placid water. Lutter returned to Venice the following year to record the area where the Grand Canal flows into the Bacino, which then opens up into the lagoon. This unstable body of water not only gives Venice its special ethereal character; it also threatens the floating city's very existence.

Lutter revisited Venice in 2007 and 2008 to explore further the physical, technical, and architectural complexities of the city. Works such as San Giorgio (2008), Campo Santa Sofia (2007) and Calle Vallaresso (2008) reveal certain innate qualities and conditions of the city that elude direct observation and can be experienced only through her luminous incarnations, the physical image. 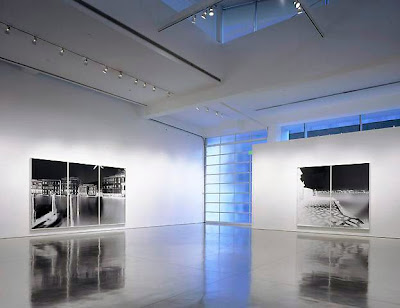 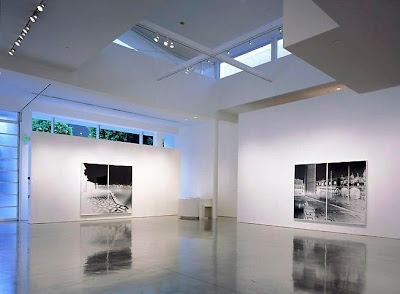 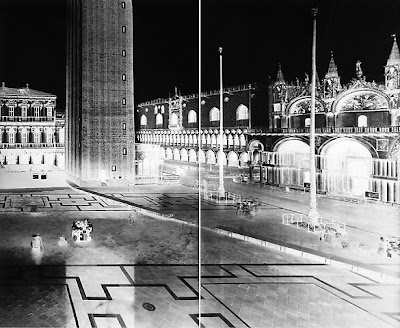 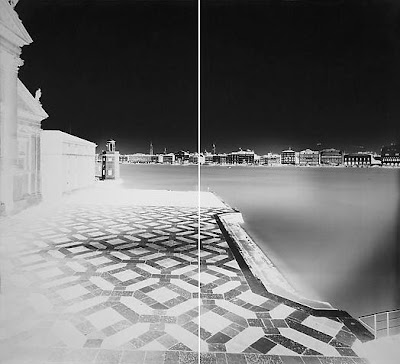 “Vera Lutter uses the camera obscura, the most basic photographic device, to render in massive form images that serve as faithful transcriptions of immense architectural spaces. The camera obscura was originally developed during the Renaissance as an aid in the recording of the visible world.

Vera Lutter is best known for monumental black-and-white photographs of cityscapes. Her unique silver gelatin prints are negatives made by transforming a room into a pinhole camera obscura chamber. Directly exposed, often over many hours, onto photosensitive paper, these vistas appear as solarized images, their ethereal platinum tones imbuing the scenes with a haunting melancholy. From an early concentration on the Manhattan skyline, Lutter has turned lately to more industrial sites, including a dry dock, a zeppelin factory, an airport runway, a marina and a deserted warehouse. The works created in Venice elaborate her intention "to create an image in which the city appears to be suspended above its own reflection, rendering a place that appears to exist outside of gravity."”